Can dogs laugh and smile?

We often marvel at how human our dogs can seem. They appear to mirror our behaviour and exhibit then same facial expressions and emotions that we feel, whether it’s happy or sad.

Dogs also seem to have fun and enjoy spending time with us. So, it makes sense that many dog owners ask if dogs can laugh or smile. Read on to find out the answer!

There is a lot of debate among animal behaviourists about this but most agree that no, dogs can’t laugh. At least not in the sense that humans can laugh.

However, dogs can make a sound that is similar to a laugh, which they typically do when they are playing. It’s caused by a breathy panting that’s forcefully exhaled. It’s considered to be a play-pant rather than a dog laugh and dogs use it to invite humans and other dogs to play. Several animal species have been observed to play-pant, including primates. Dog play-pants are combined with body language that invites you to play such as play bows, a paw reaching out to you or teasing jumps towards you with a relaxed demeanour.

Animal behaviourist at Sierra Nevada College recorded dogs making this play-pant sound and discovered that it had a broader range of frequencies than typical dog panting. She concluded that this meant it could be considered a type of dog laugh.

Simonet then played the dog laugh recordings to puppies and found that they became very active upon hearing the noises. The recordings also seemed to calm dogs in dog shelters.

Other animals can seem to laugh

For a long time, we thought that only humans could laugh. However, research into non-human primate behaviour has found that chimpanzees, gorillas and orangutans use a play-pant laugh when tickled, and other research into chimpanzees found that they can smile in the same way as humans. 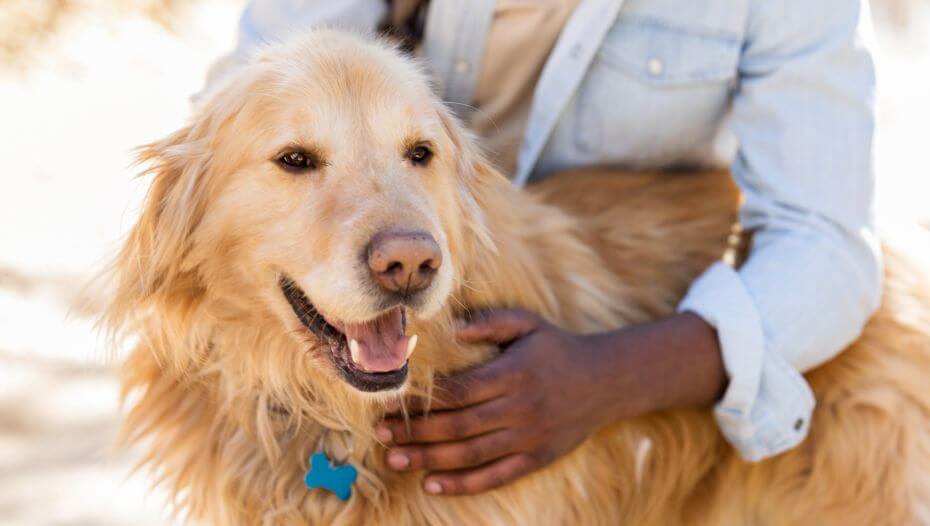 There is still plenty more to study in this area and there may be other findings that change how we perceive whether dogs can laugh.

All laughter is a sound made by exhaling and inhaling air. Human laughter is made when the chest muscles squeeze air out of the ribcage, creating a vocalised, spoken “ha ha” sound. Dog laughter is created by panting without any vocalisation, creating a more “hhuh hhah” sound.

Some dog owners want to try and mimic dog laughter to build a bond with their dogs. To do this, make slightly rounded lips for the “hhuh” sound, then open your mouth and make a slight smile for the “hhah” sounds, and alternate between the two. The sound should be breathy with no actual voicing of noises – think of it like panting. Some dog owners claim their dogs respond to it by sitting up, wagging their tails and approaching to investigate the noise. 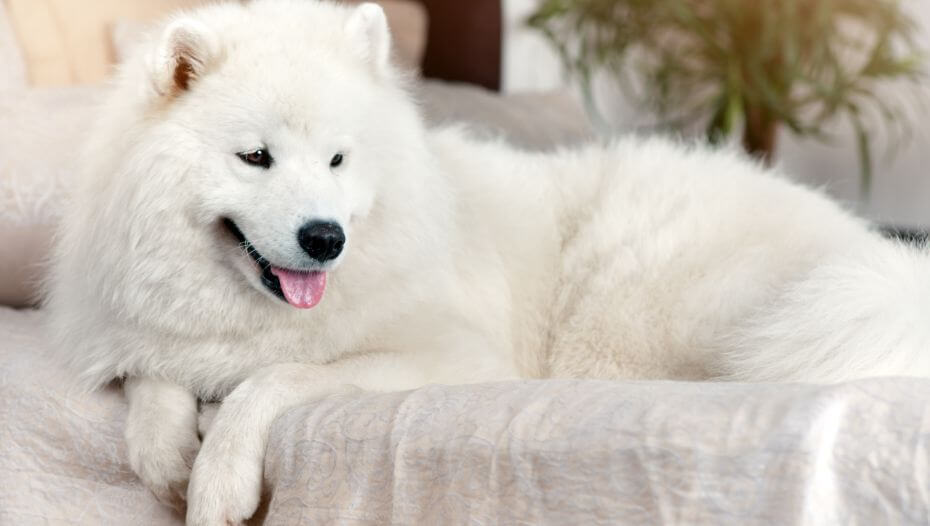 Social media is full of pictures of dogs appearing to grin, but it seems that, much like with laughing, dogs can’t smile in the same way as humans.

However, dogs can make their faces appear to smile.

This happens when they open their mouths and pull back their lips, letting their tongues lap over their teeth. This “dog smile” usually occurs in situations when they are relaxed and appear happy, which is why dog owners think it is a smile.

These “dog smiles” also often occur in response to a human smile, which is a phenomenon called laughter contagion. Dogs may appear to smile because we smile at them.

How do you know if your dog is happy?

If dogs can’t laugh or smile like humans do, how do they show happiness? Many people think dogs wag their tails to show happiness, but this isn’t necessarily true. Dogs use their tails for a range of communications and the message depends on the tail’s position.

A neutral position, where the tail is naturally held for the breed, means that the dog is relaxed. When dogs drop their tails to a lower position, it’s a sign of submission and anxiety. And when they raise their tails in the air it’s an aggressive or dominant motion. Tail wagging is linked to excitement.

Instead of focusing on whether your dog is smiling or laughing, it makes more sense to look at the dog’s body language and actions to see if they are happy. You can look at the whole body for signs like a wagging tail, an open mouth and a relaxed pose.